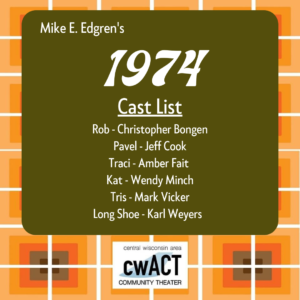 It’s the 70’s, again. The war in Vietnam has ended. Women want equal rights. Hippies want legalized marijuana. Walt Disney wants his head cryogenically frozen. And the President wants a way out of Watergate. In a last-ditch attempt to restore his credibility he will address the nation’s top news editors at their convention in Walt Disney World. What could possibly go wrong?

Philly and the Dreamer 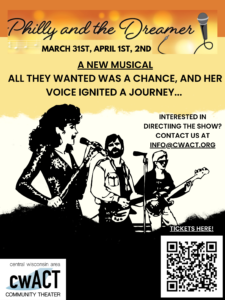 It’s 1979, and the bright lights of the “big time” are seemingly unattainable from the low-income neighborhoods of Yonkers, NY. However, that doesn’t stop Johnny Calacucci from dreaming.  A bright, undaunted optimist, Johnny believes he has what it takes to be a songwriter, but after four years of college, declining to pursue a “real” career and consequently being dumped by his long-term girlfriend, he’s back working at the family butcher shop with a plan that’s going nowhere.  Johnny definitely has the passion, talent, and drive, but something’s missing.  Then one night at a very unusual demo session Phyllis, a gregarious young woman with a special voice, lets go.  Musical sparks fly, and Johnny sees it all, a bigger and better dream, his songs, her voice, and an incredible band named after the hairdresser he thinks could be a star…”Philly.” – https://www.phillyandthedreamer.com/
Season 2022/23 Announcement 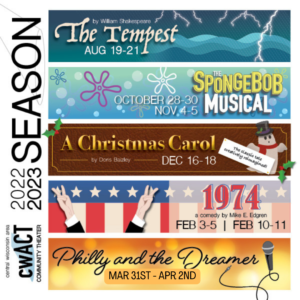 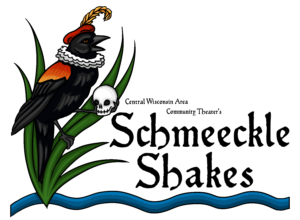 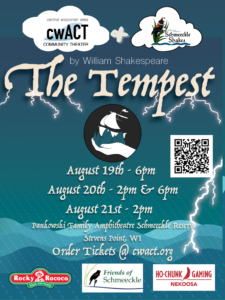 cwACT is excited to announce The Tempest” August 19th-21st. Our Director, UWSP Assistant Professor of Acting Elizabeth Parks, is exciting to be directing for this year’s Schmeeckle Shakes Production.
Schmeeckle Shakes 2022 Introduces the Tempest at Schmeeckle Reserve! The Tempest, directed by UWSP Acting Professor Elizabeth Parks, is a Story filled with Magic, Betrayal, Love, and Reconciliation, The Tempest follows the story of Prospero, the banished Duke of Milan and his journey back into the good graces of King Alonzo of Naples. The production is set at the beautiful Pankowski Family Amphitheatre in Schmeeckle Reserve, Stevens Point, WI.
AUDIENCE DETAILS: The Pankowski Family Amphitheatre is an outdoor, stone seating theater. We recommend that audience members bring portable chairs/cushions for seating. Individuals are free to sit on the grass in front of the Amphitheatre. Rain gear, Sunscreen and/or Bug Spray are recommended, and some will be provided.
TICKETING POLICY: All sales are final, and no refunds will be issued once tickets are sold.
NOTE: There will be a pre-show performance from the cast starting approximately 15 minutes before the start time of the production. There is also one 15 minute intermission.
WEATHER POLICY: https://docs.google.com/document/d/1HeL4k8XWw8l9Kh-8FsYOoRqyFb-ZhcEOj3V-z15S0b0/edit?usp=sharing 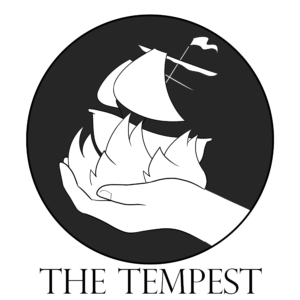 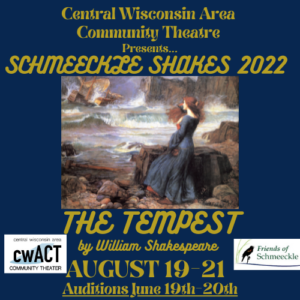 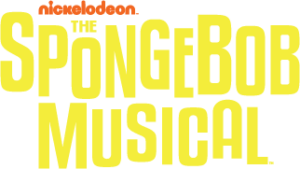 PRICES – All tickets have assigned seating for this performance

There is chaos under the sea as the denizens of Bikini Bottom cope (or not) with the imminent destruction of their world! SpongeBob, Patrick, and Sandy race against time to prevent the eruption of Mount Humongous! At the same time, Squidward plans a big benefit concert, Mr. Krabs tries to rescue his money, and Plankton and Karen scheme to make the Chum Bucket come out on top. Whose fault is it? The politicians? The media? A pesky land mammal? Pirates? When the world seems at its bleakest, can friendship save the day? Join us in Bikini Bottom to find out!

Notice to Audience: Flashing Lights, Fog, Bubbles, and Beach Balls will be used in this production. 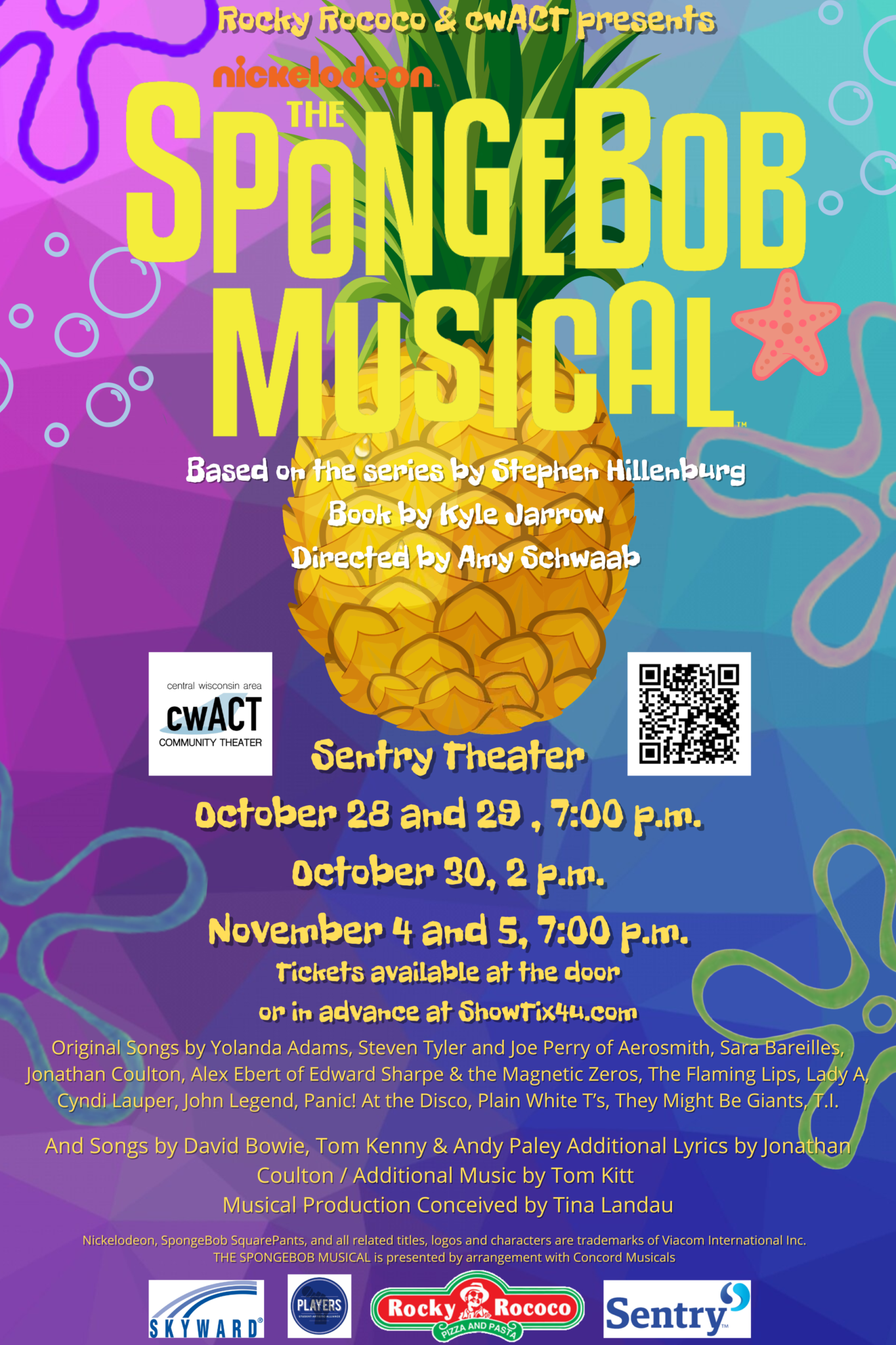 Sorry! There is no production information here. Please check our other shows for more information 🙂